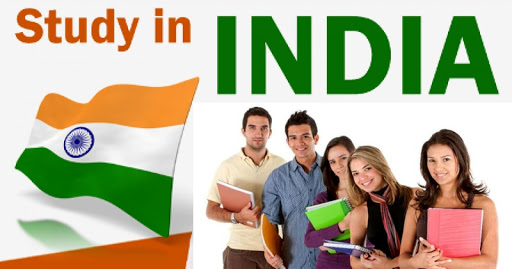 Survey covers all institutions of Higher Education in the country, registered with AISHE code in AISHE portal www.aishe.gov.in. Institutions are categorized in 3 broad Categories; University, College and Stand-Alone Institutions.
There are 903 Universities, 39050 Colleges and 10011 Stand Alone Institutionslisted on AISHE web portaland out of them 882 Universities, 38061 Colleges and 9090 Stand Alone Institutions have responded during the survey. 285 Universities are affiliating i.e. having Colleges.
343 Universities are privately managed. 357 Universities are located in rural area.
15 Universities are exclusively for women, 4 in Rajasthan, 2 in Tamil Nadu & 1 each in Andhra Pradesh, Assam, Delhi, Haryana, Karnataka, Maharashtra, Odisha, Uttarakhand and West Bengal.
In addition to 1 Central Open University, 14 State Open Universities and 1State Private Open University, there are 110 Dual mode Universities, which offer education through distance mode also and the maximum (16) of them are located in Tamil Nadu.
There are 500 General, 126 Technical, 70 Agriculture & Allied, 58 Medical, 22 Law, 13Sanskrit and 10 Language Universities and rest 83 Universities are of other Categories.
The top 8 States in terms of highest number of colleges in India are Uttar Pradesh, Maharashtra, Karnataka, Rajasthan, Andhra Pradesh, Tamil Nadu, Gujarat and Madhya Pradesh.
Bangalore Urban district tops in terms of number of colleges with 893 colleges followed by Jaipur with 558 colleges. Top 50 districts have about 32.6% of colleges.
College density, i.e. the number of colleges per lakh eligible population (population in the age-group 18-23 years) varies from 7 in Bihar to 51 in Karnataka and Telangana as compared to All India average of 28.
60.48% Colleges are located in Rural Area. 11.04% Colleges are exclusively for Women.
Only 3.6% Colleges run Ph.D. programme and 36.7% Colleges run Post Graduate Level programmes.
There are 33.75% Colleges, which run only single programme, out of which 83% are privately managed. Among these privately managed colleges, 55.1% colleges run B.Ed. Courses only.
78% Colleges are privately managed; 64.7% Private-unaided and 13.3% Private-aided.Andhra Pradesh & Telangana have about 82% Private-unaided colleges and Tamil Nadu has 76.2%Private-unaided colleges, whereas, Assam has 12.0% and Chandigarh has only 8.0% Private-unaided colleges.

Highest share of foreign students come from the neigh bouring countries of which Nepal is 24.9% of the total, followed by, Afghanistan (9.5%), Sudan (4.8%), Bhutan constitutes (4.3%) and Nigeria (4.0%).
There are more than 78.0% colleges running in Private sector; aided and unaided taken together, but it caters to only 67.3% of the total enrolment.
The total number of teachers are12,84,755, out of which about 58.0% are male teachers and 42.0% are female teachers. At all-India level there are merely 72 female teachers per 100 male teachers.
Pupil Teacher Ratio (PTR) in Universities and Colleges is 30 if regular mode enrolment is considered whereas PTR for Universities and its Constituent Units is 20 for regular mode.
Among non-teaching staff, the share of Group-C is the highest with 40%, followed by Group-D with 28%. Group-A and Group-B comprise of 15% and 17% non-teaching posts, respectively.
The average number of females per 100 male non-teaching staff is 47. 34,400 students were awarded Ph.D. level degree during 2017 with 20,179 males and 14,221 females.
B.A. (23.89 Lakh)degree has been awarded to maximum number of students. B.Sc. (11.52 Lakh) is the second highest followed by B.Com. (9.39 Lakh).
At Post Graduate level M.A. pass number of students is maximum followed by M.Sc. and M.B.A
The highest number of students (23.89 lakh)have graduated in Arts courses.
At Ph.D. level, maximum numbers of students out-turn is in Science stream followed by Engineering and Technology. On the other hand at PG level maximum students out-turn is observed in Social Science and Management stream comes at number two.
The share of Ph.D. student is highest in State Public University (31.6%) followed by Institute of National Importance (20.4%), Central University (15.8%) and Deemed University-Private (13.4%).
Share of female students is lowest in Institutions of National Importance followed by State Private Open Universities, Deemed University-Government.