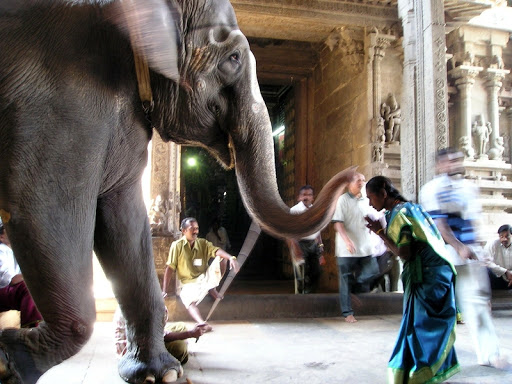 The information in AISHE was collected from all institutions of higher education, broadly categorised in three categories namely University, College and Stand-Alone Institution that are registered on AISHE portal. Actual response was received from 91.7%, 88.7% and 78.5% of these categories, respectively. The data so collected are pooled for estimation by including last four years (2013-14 to 2016-17) data of Institutions of Higher Education that did not upload data in 2017-18 survey. While pooling it was ensured that the institutions are existing in 2017-18. After pooling, the percentage of data uploading for university, colleges and standalone institutions was arrived at 98%, 97.5% and 90.8%, respectively for the year 2017-18.

College means any Institution, whether known as such or by any other name which provides for a course of study for obtaining any qualification from a university and which, in accordance with the rules and regulations of such university, is recognised as competent to provide for such course of study and present students undergoing such course of study for the examination for the award of such qualification. These are the institutions established or maintained by or admitted to the privileges of the University.
Colleges are generally of two types:

All the affiliating Universities except the 75 universities out of 903 have uploaded the data in the year 2017-18 and therefore complete list of all colleges of such universities was available. During 2011-12 and onwards all the affiliating Universities were contacted and comprehensive list of colleges was prepared through Institution Management Module of the portal. Presently, in order to update the college list, request for addition of colleges are received online through AISHE portal and based on approval from UNO/SNO, colleges are added in college list of AISHE.

In addition to the Affiliated and Constituent colleges, for Off-Campus Centres/ PG Centres and for Recognised Centres of Universities, DCF-II (the format in which the data was required to be submitted) was available to be filled-in. All the Constituent Colleges, the Affiliated Colleges and the Off-Campus Centres were required to fill DCF-II. Constituent units of University, primarily of Private and Deemed Universities, which are integral part of University, have also been listed by these Universities as Constituent College. However, DCF-II for such units were not required to be filled. For Recognised Centres, in normal cases, DCF-II have not been filled, but in a few cases where these are independent institutions, DCF-II have been filled.

Off-Campus Centre/ PG Centre is a centre of the University established by it, outside the main campus (within or outside the state) operated and maintained as its constituent unit, having the University's compliment of facilities, faculty and staff. A Recognised Centre is an institution attached with the University for the purpose of awarding degree in respect of programmes being run in these institutions. e.g. Army Cadet College Wing, Indian Military Academy, Dehradun is not affiliated with any University but the degree in respect of Programmes run in the institute are awarded by Jawaharlal Nehru University.

Thus, there are four types of College/Institution, for which DCF-II have been filled:

Constituent Colleges are mainly located in Bihar, Jharkhand and Maharashtra under State Public Universities and most of them have uploaded the data.

Enrolment for Graduate and Postgraduate has been estimated only for affiliated colleges based on stratified sampling technique. Post-Stratification has been done, after the survey for the year 2017-18 is closed.

Affiliated Colleges have been divided into two strata; one is Large College and other Small college. Large Colleges are those, which have enrolment of 3000 or more and the remaining are Small colleges. In absence of a priori information, it has been assumed that all large colleges have uploaded the data i.e. in the population the number of large colleges is equal to the number of such colleges that have uploaded DCF-II. Thus, we have avoided over estimation of enrolment of colleges.